Let me introduce you to Glima! 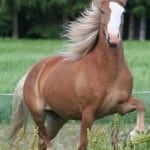 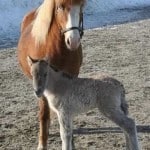 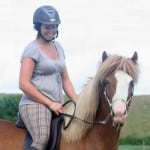 Elisabeth  lives in Norway and wanted a saddle for her new mare, Glima who had arrived from Iceland a few months ago. After much discussion, thought  and fun for everyone,  she decided upon a saddle in Sala coloured leather with Ranch coloured piping along the seat,  based on the Ideal Icelandic but with Ideal Jessica style flaps, calf skin seat and knee pads, both with extra cushioning, large short knee rolls and dressage style girth straps. Ian’s comments included “the saddle will be a very similar width (to Elisabeth’s current saddle), just narrower by a nudge, have a shallower gusset at the back and a softer, flatter  flock”. He suggested point and balance straps (v girth) to help stability given that the horse is a young Icelandic, round and flat. He commented that the larger, shorter knee rolls are more versatile and practical than dressage blocks (Elisabeth’s first thought) as your knee can pass underneath, allowing more freedom of movement. He went on to say that the Jessica flaps with these blocks are a good combination of being off the horse’s shoulder but allowing your knee forward.

When fitting the saddle, Ian had to allow for the fact that this young horse was not yet ridden away and was going to have a foal before being backed.

The following year, Elisabeth bought a 10 year old black stallion. His saddle was similar but subtly different to Glima’s saddle.  It is an Icelandic with a medium depth seat and short, large knee rolls with “formed “saddle flaps. 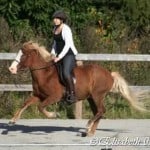 Elizabeth riding Glima in her new saddle in an event 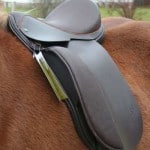 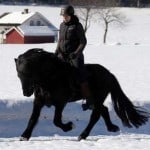 Get advanced notice of special offers and our latest thoughts on saddle fitting.

We use cookies to ensure that we give you the best experience on our website. If you continue to use this site we will assume that you are happy with this.OkRefuse cookiesPrivacy notice
Revoke cookies